Latest PhoenixCard Tool ( Phoenix Card V3.10 ) is released and available to download without waiting. so, If you already using its old version on your PC-computer, Then you are required to new update Phoenix-Card setup file. You can update it from the provided latest version ( 3.10 ), then initially download Phoenix Card V3.10. In that case, if you have any question and problem in the new update process here.


Simple Tool:
It also allows creating bootable image firmware (img) on your android Micro SD cards. Phoenix-Card Tool is the simple and small tool, It creates a hidden partition on your Micro SD card, so, that you can't format SD from the Windows PC directly. 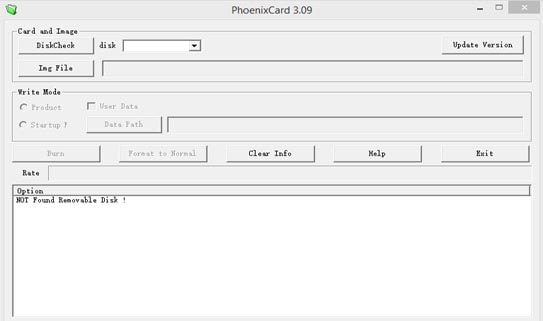 * Backup Data: Make a backup of your android tab or mobile SD memory. Flash the Android Firmware on the Micro SD card memory will delete the existing all data from the SD card. So, make the backup of everything on the SD Card.

With this in mind:
Users are also advised to frequently visit the PhoenixCard Tool official website or developer site to view and download small tool the new Phoenix Card V3.10 tool. It is also requested for the users to keep them updated with the latest changes in the Phoenix-Card tool.